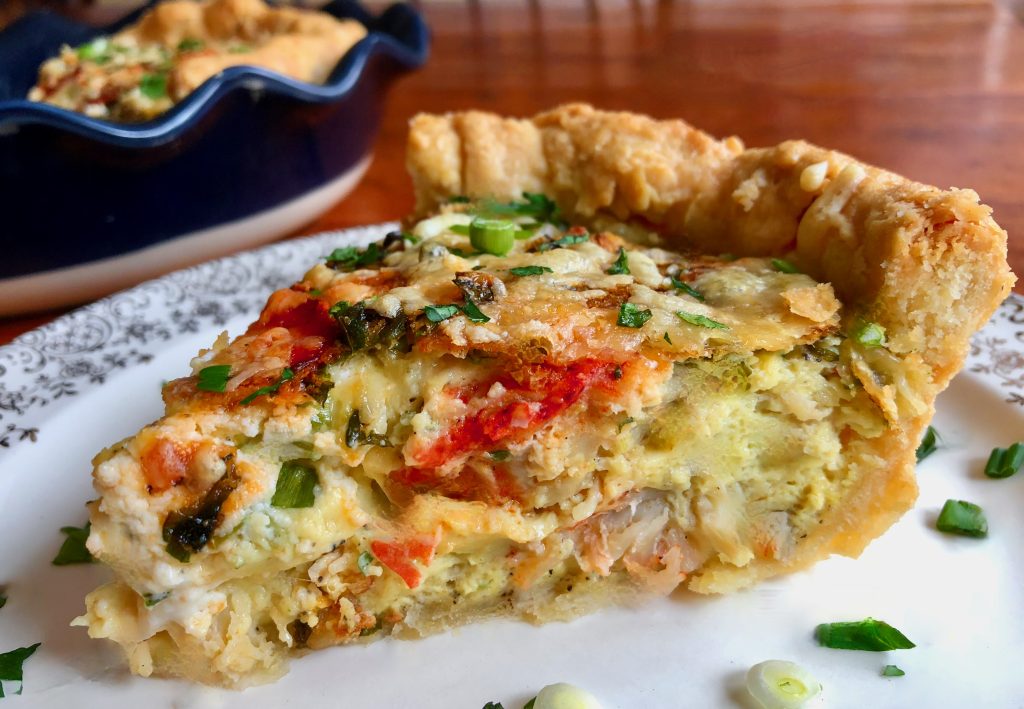 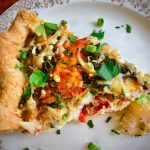 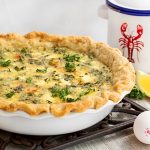 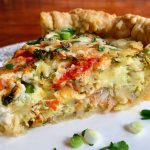 Prepare and chill the pie crust (or use a store-bought crust).   Roll the pie dough out on a floured surface to a 12” disc.  Place in a 10” pie plate and crimp the edges.  Brush with the 2 tablespoon of heavy cream.

Evenly layer the lobster meat in the bottom of the pie crust.  Break up the Boursin into chunks and layer over the lobster, followed by ½ cup of the Swiss cheese and scallions.  Pour the egg mixture over all and bake for 30 minutes.  Remove from the oven and sprinkle with the remaining ⅓ cup of Swiss.  Return to the oven and bake for an additional 25-30 minutes or until set in the middle.

Cut in shortening with a pastry blender or 2 knives until the mixture is crumbly and resembles coarse meal.

Beat the egg, vinegar, and water together in a separate bowl.

Using a fork, add the egg mixture to your other ingredients and combine until the whole mass forms a ball-like shape and sticks together, somewhat.  You may have to add additional small amounts of water until dough will form a ball.  However, make sure not to “overdo it” and ruin your flaky crust. The consistency should hold together but still have visible chunks of butter and shortening in the dough.

Break dough into 2 pieces and form each into a disc. Wrap in saran wrap and chill for at least 1 hour.  You will only need one disc for this one crust quiche recipe.  The other can stay in the fridge for up to 4 days.