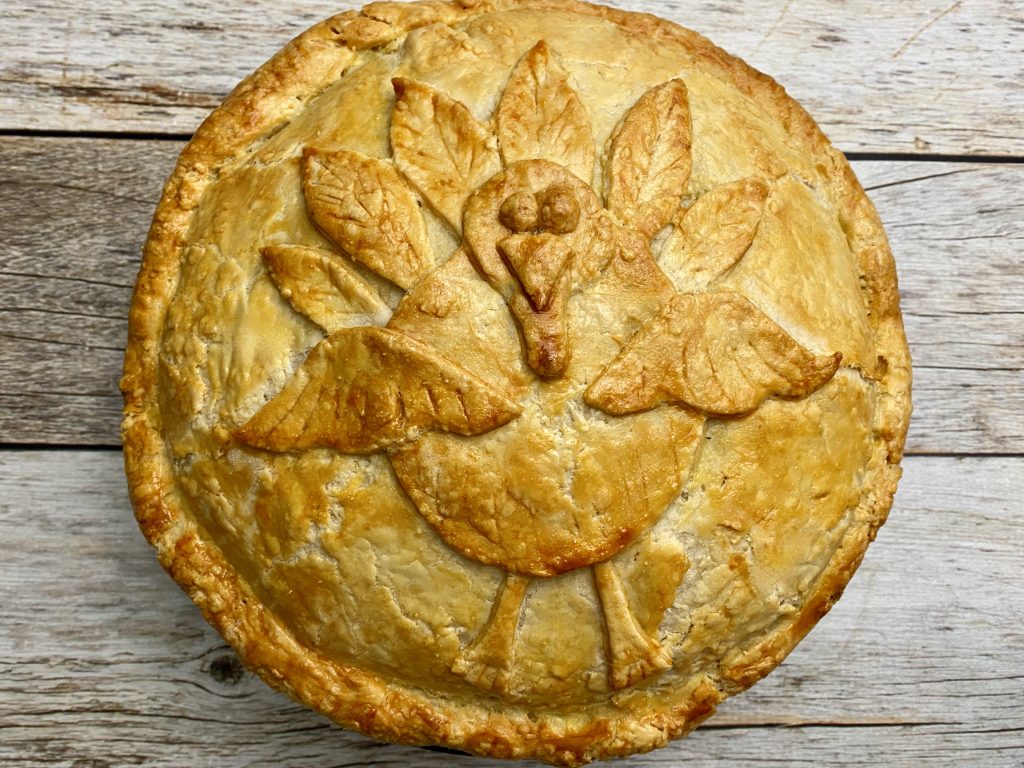 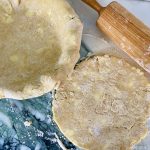 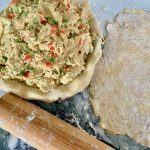 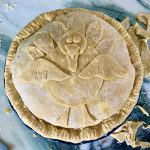 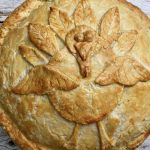 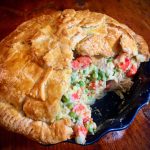 Cut in shortening with a pastry blender or 2 knives until the mixture is crumbly and resembles coarse meal.

Beat the egg, vinegar, and 6 tablespoon of the water together in a separate bowl.

Using a fork, add the egg mixture to your other ingredients and combine until the whole mass forms a ball-like shape and sticks together, somewhat.  You may have to add additional small amounts of water until dough will form a ball. However, make sure not to “overdo it” and ruin your flaky crust. The consistency should hold together but still have visible chunks of butter and shortening in the dough.

Break dough into 2 pieces and form each into a disc. Wrap in saran wrap and chill for at least 1 hour.

Melt butter in a deep frying pan with sides and sauté carrots until tender, cover and stir frequently, about 10-15 minutes.

Stir flour into carrot mixture until all of it has been absorbed by the butter and cook over medium heat for 3 minutes, stirring constantly. Gradually add chicken broth and milk, alternating between the two until a thick, rich sauce forms. Stir in turkey and frozen peas. Set aside and let cool.

Remove the larger dough disc from the refrigerator and roll into a shape that is about 2”–3” larger, all around than your pie dish (allow excess for the depth of the dish as well). Place the rolled dough into the pie plate allowing excess crust to drape over the edge.

Spoon filling into your crust. Roll out the second disc to be 1”-2” larger than the top of the casserole and place on top of the filling. Crimp edges together all around the pie to seal. Cut a few air vents in the top of the crust and brush with egg wash (1 egg yolk + 1 teaspoon water).

Bake at 350° for 1 hour or until filling begins to bubble out of the crust and crust is golden brown.