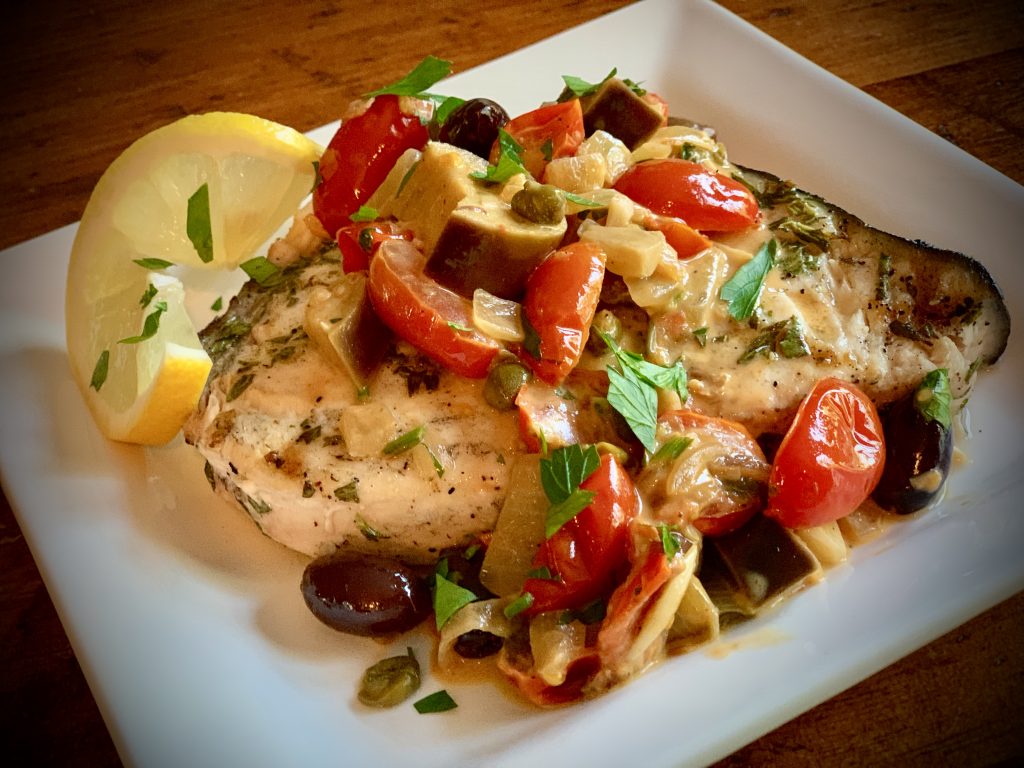 2 cups cherry or grape tomatoes, cut in half

¼ cup Kalamata olives (cut in half if large)

Preheat grill to medium high.  (You can also pan-sear the swordfish steaks if it’s not grilling season).

Rub the steaks on both sides with 2 tablespoon of the olive oil and season with 1 teaspoon each of the salt and pepper.  Massage the chopped rosemary into the flesh so they are well coated.

Grill for about 3-4 minutes per side until golden grill marks appear and a fork easily slides in and out of the center of the fish.  Do not overcook!  Let rest, covered with foil, while you are making the sauce.

Heat remaining 2 tablespoon olive oil in a large deep skillet.  Cook the onions and garlic until soft and fragrant, about 3 minutes. Add the anchovy paste, eggplant, and remaining teaspoon each salt and pepper to the pan and cook, stirring frequently, until the eggplant is translucent and soft, about 5 minutes.  Add the white wine and cook, continuing to stir frequently until most of the moisture is absorbed and the eggplant is very tender.

Add the tomatoes, capers, olives, and lemon juice to the pan and cook until tomatoes start to break down, about 4-5 minutes.  Add the parsley and heavy cream and cook 3 more minutes until a luscious thick sauce has formed.