SOUTH OF THE BORDER BREAKFAST LASAGNA 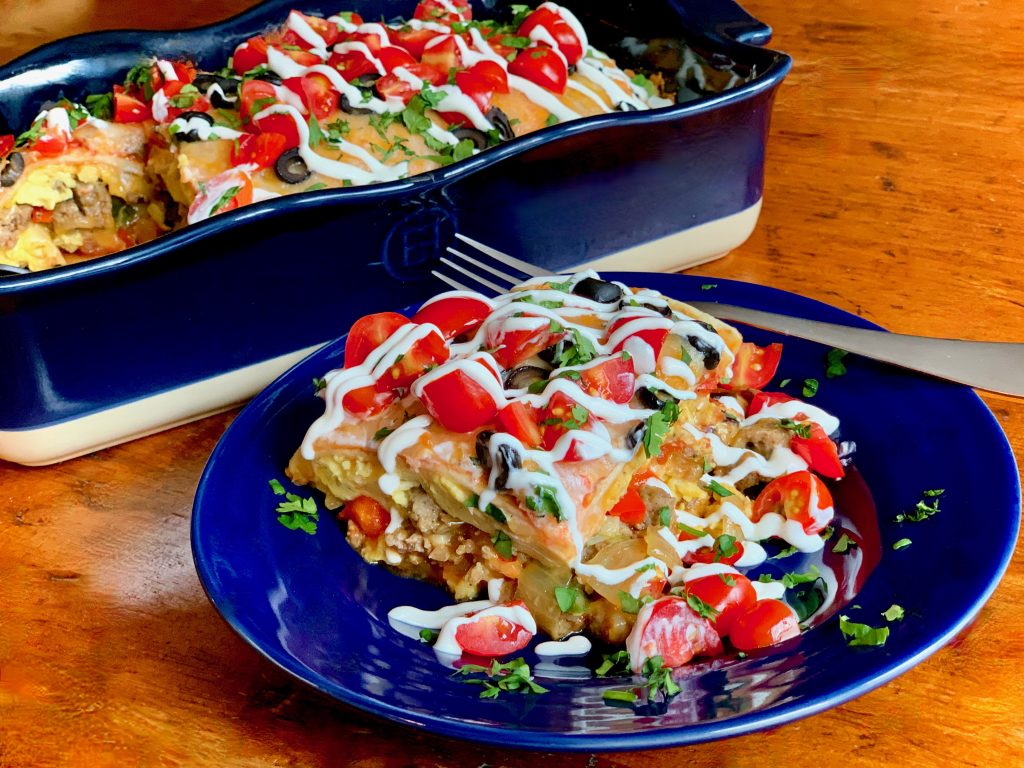 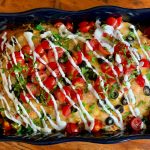 In a large skillet, heat the olive oil and add onions, jalapeño, and green pepper.  Cook for 2 minutes until they begin to soften.  Add the sausage to the pan and break up, cooking over medium heat until cooked through, about 10 minutes.  Drain in a colander to remove excess grease.  Wipe skillet with a paper towel to remove any residue.

In a separate bowl, beat eggs with ½ cup of the heavy cream, 1 teaspoon of the salt, and black pepper.  Add to the skillet and cook over medium heat stirring with a spatula and scraping from the bottom of the pan until scrambled.  Eggs should be loosely scrambled.  Set aside.

While you are cooking the sausage mixture and eggs, heat a large dry skillet over medium heat and toast each of the tortillas until lightly browned on both sides, about 2 minutes per side.

Preheat oven to 350 degrees.  Spread 2 tablespoons of the salsa in the bottom of a 9” x 13” baking dish. Place two of the tortillas to cover the bottom of the dish (they will be slightly overlapping).  Spread ⅓ of the sausage mixture on top of the tortillas followed by ⅓ of the scrambled eggs.  Top with ⅓ of the remaining salsa and 1 cup of the cheese.  Repeat making two more layers, ending with the last cup of cheese and black olives.  Bake for 20-30 minutes until cheese is lightly browned.

Sprinkle the tomatoes and cilantro over the top of the casserole.  Cut into squares and drizzle with the crema sauce.  Devour.