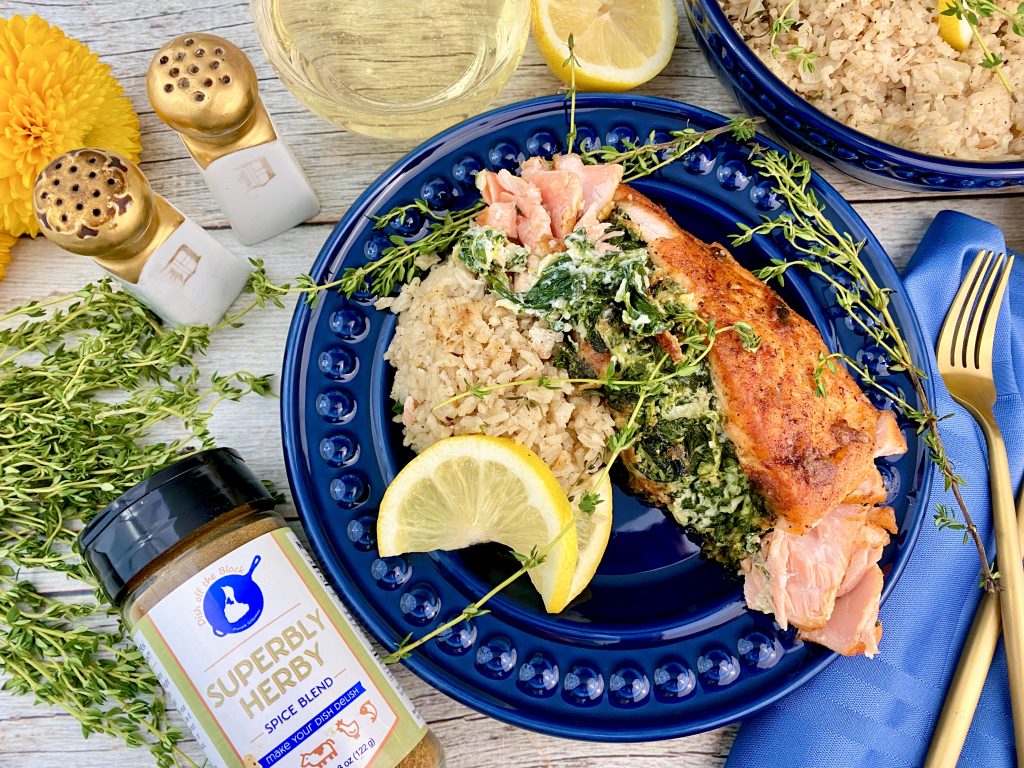 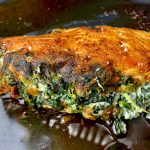 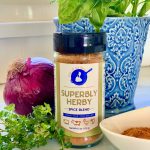 To make the rice, melt the better in a large non-stick saucepan.  Add the onion and cook until soft and fragrant, about 2-3 minutes.  Cut the lemon into 4 wedges and squeeze the juice into the pot (through a sieve to catch the seeds).  Put the squeezed rinds into the pot also.  Add the rice and cook 2 minutes more, stirring frequently.  Add the salt, pepper, and stock to the pan and bring to a boil.  Reduce the heat to low, cover and let simmer until all of the liquid is absorbed, about 10 minutes.  Remove the lemon rind from the rice and stir in the thyme leaves.  Cover and keep warm until ready to plate.

Squeeze most of the moisture out of the thawed spinach and place it in a large bowl.  Add the cream cheese, parmesan, Jarlsberg, salt, and lemon juice to the spinach in the bowl.  Cream everything together with the back of a spoon until well combined.

Divide the spinach filling evenly between the filets and push it into the cavities, packing it tightly.  There will be filling ‘exposed’ on the open side which is fine.

Combine the Superbly Herby seasoning and the flour in a pie plate or shallow baking dish.  Dredge each of the stuffed salmon portions in the flour mixture until coated all over (including the exposed filling).

Heat the olive oil in a large non-stick skillet.  Add the filets, with the filling side down, to the hot oil.  Sear for 2 minutes until golden.  Turn and sear on the other sides of the fish for 2-3 minutes each until golden brown.  Check the salmon in the center and see if they fish is translucent in color, but flakes with a fork.  If they are not quite done, cover the pan and reduce the heat to low cooking for a few more minutes until they reach desired doneness.  Cooking time will vary slightly depending on the thickness of the filets.

Serve the fish over the rice, garnished with more thyme leaves.

CLAM AND POTATO BOIL STUDDED WITH KIELBASA AND SHRIMP