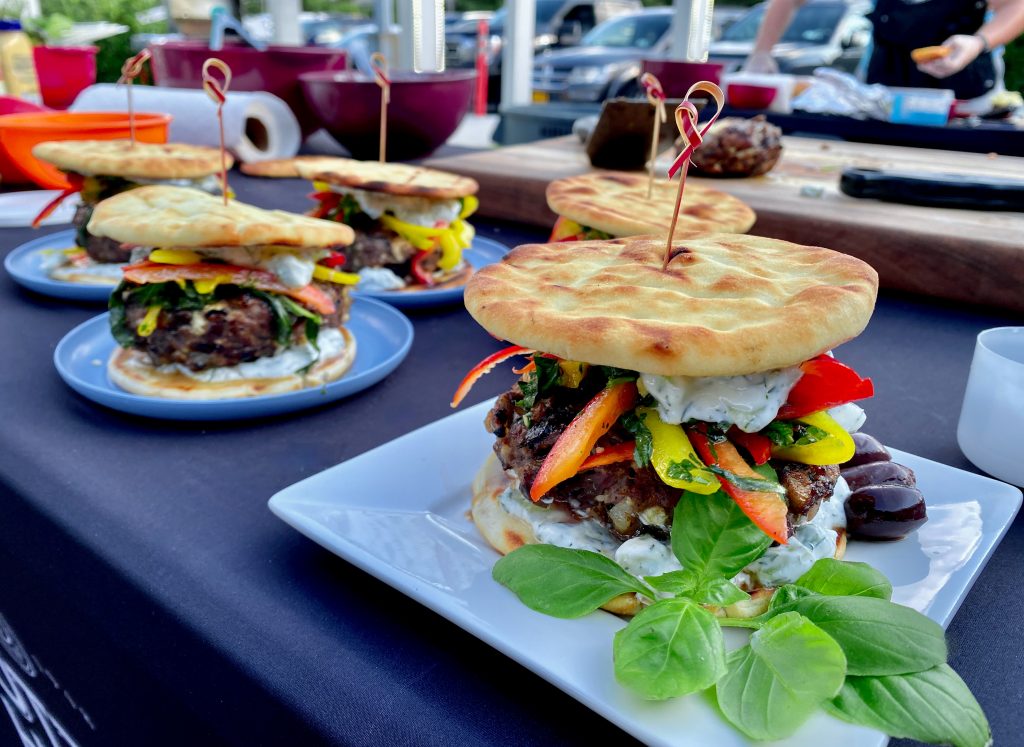 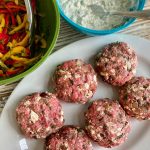 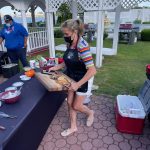 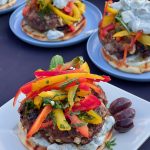 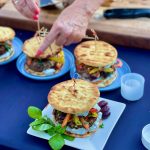 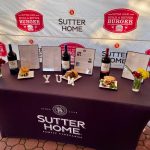 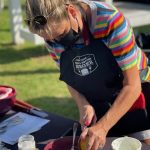 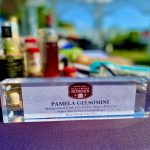 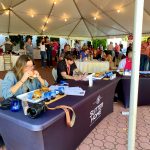 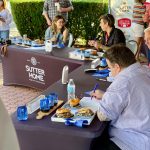 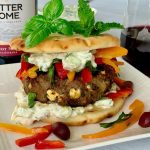 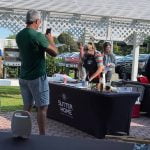 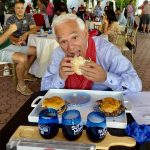 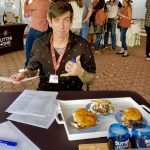 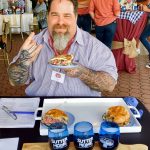 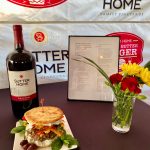 Combine the cooled mushroom mixture, ground lamb, mint, cumin, oregano, salt, pepper, and olives in a large bowl and, using your hands massage everything together until well-combined.  Fold in the feta until incorporated but taking care to keep some of the chunks intact, so you will get nice salty cheese bites throughout.  Divide the meat mixture into 6 equal parts and form patties about the same width as your naan breads.

To make your slaw, combine the red and yellow peppers, basil, and mint in a medium bowl.  Combine the olive oil, vinegar, honey, Dijon, salt, pepper, and cumin in a small jar and shake vigorously until emulsified.  Pour over the pepper mixture and toss to combine.  Set aside.

To make the tzatziki sauce, first squeeze your chopped cucumber between paper towels to remove any excess moisture.  Combine the cucumbers with all of the other ingredients and mix until everything is well-incorporated.  Keep in the fridge until ready to use.

Preheat your grill to 400 degrees and lightly oil grill grate.  Add your patties to the hot grill and cook 4-5 minutes per side until the internal temperature reaches 160 degrees.  Remove from the grill and tent with foil to keep warm.

Place your naan breads on the grill and toast for about 1 minute per side.

These Mediterranean-inspired lamb burgers are packed with intense flavors.  Feta cheese, olives, and mint are woven through the ground lamb which is kept moist from an infusion of sautéed mushrooms and onions.  The burgers are topped with a bright and crunchy slaw made with bell peppers, basil, and mint.  A creamy feta tzatziki sauce envelopes the burgers on top and bottom and the whole concoction is hugged between two toasty mini-naan breads.  Perfectly paired with a glass of Sutter Home Pinot Noir, which also makes an appearance in the patties, this burger is a Mediterranean flavor bomb in every single bite.