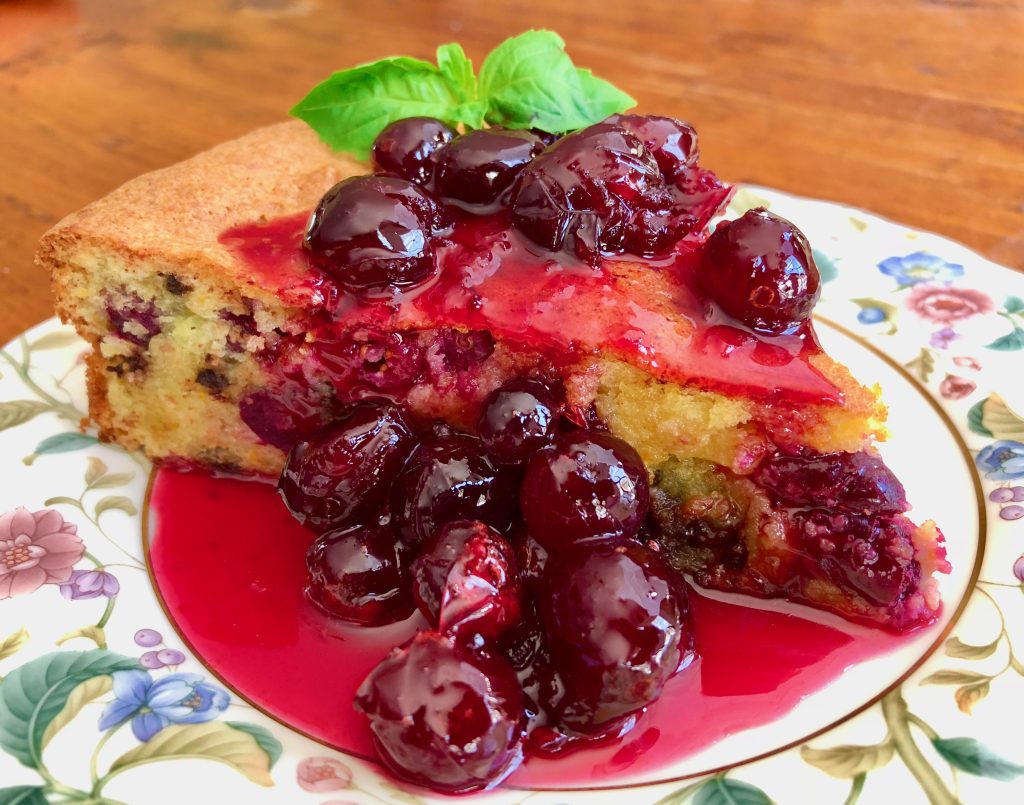 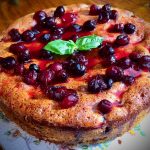 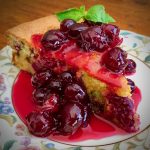 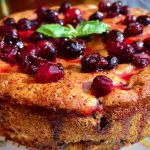 1 orange, zested and juiced (about 1 tablespoon zest and ¼ cup juice)

Separate each of the eggs with all whites in the bowl of a stand mixer and all yolks in a separate bowl.  Add the salt to the egg whites and whip on medium high speed with the whisk attachment until stiff peaks form, about 5-6 minutes (you can also do this with a hand mixer).  Gently remove the beaten whites to a separate bowl using a rubber spatula.

Add the yolks to the stand mixer with 1 cup of the sugar and whip until creamy and light yellow in color.  Add the orange zest, 6 tablespoons of the olive oil, vanilla, and almond extracts to the yolks and mix until combined.

Add the almond flour, 1 ½ cups of the cranberries, and chocolate chips, by hand, using a rubber spatula until well combined.  Gently fold in the egg whites.

Spread ½ of a tablespoon of the remaining olive oil in the bottom of a 9” spring-form pan.  Top with a layer of parchment paper cut to the shape of the pan.  Spread another ½ tablespoon of the olive oil on top of the parchment paper.  Pour the batter into the pan and bake for 50-55 minutes until a tester comes out clean.  Let cool on a wire rack before removing from pan.

While the cake is baking make the orange cranberry syrup.  Combine the ¼ cup of orange juice, remaining ½ cup of sugar, Grand Marnier, and remaining cup of cranberries in a large saucepan.  Heat over medium heat to a simmer and let cook for 8-10 minutes, stirring frequently to avoid boiling over, until reduced by half and it is ruby red and syrupy.