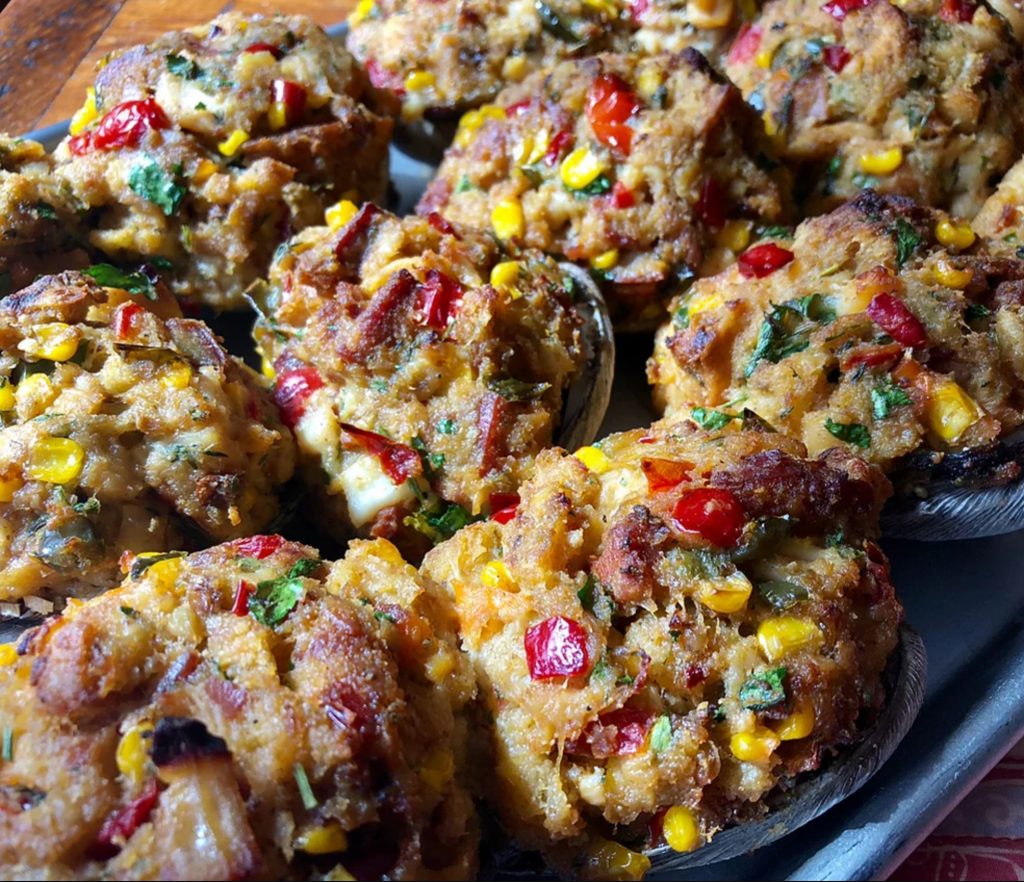 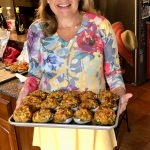 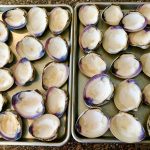 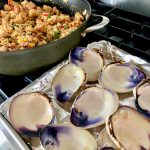 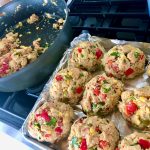 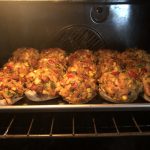 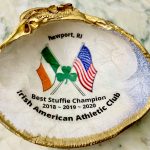 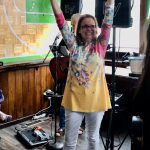 Place the clams in a large shallow pot, in one layer, and pour the beer over them.  Cover the pot, leaving a slight opening to vent and prevent boiling over.  Steam the clams over medium high heat until they are just opened.

Remove the clams to a plate to cool and strain the cooking liquid through a fine sieve.  Set aside.

Remove clam meats from the shells and line empty shells up on a baking sheet covered with foil.  Chop the clams in a food processor, pulsing several times until small pieces form.  Set aside.

Add clams from the food processor, the 2-pounds chopped clams, thyme, parsley, Italian breadcrumbs, crushed Ritz, Parmesan, corn and lemon juice to the bowl and mix well with your hands. Add as much of the reserved cooking liquid as needed to create a moist, but not wet, stuffing that holds together nicely.

Fill each shell with a mound of stuffing and bake at 350 degrees for 20-25 minutes until hot and lightly browned and crusty on top.  Drizzle and garnish with more lemon wedges and fresh parsley.

This recipe makes a LOT of stuffies (30-40), but is easily halved, or they also freeze beautifully.  Just freeze on baking sheets and then store in ziplock bags and pull out one or two whenever you have a craving!!

I also use this recipe to make ‘bite-size’ stuffies with littlenecks.  This makes a great appetizer and you can make them ahead and freeze them to use as needed!

There is no more traditional New England dish than a ‘Stuffie’!  This delicious treat is created by taking the clam meats out of the shell, chopping them up, and then combining with peppers, onions, garlic, lemon, and breading to create a ‘stuffing’ is then placed back in the shell and baked.