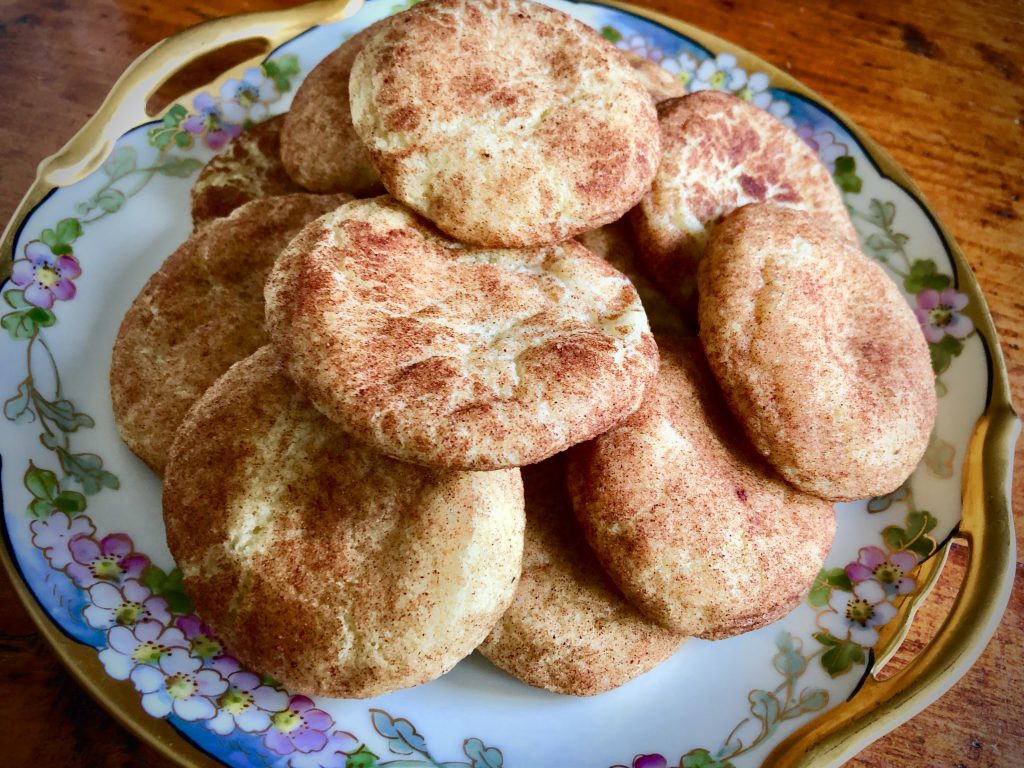 Cream the butter and shorteninga with sugar in the bowl of a stand mixer until combined.  Add eggs, one at a time, until incorporated.

In a separate bowl, combine the flour, cream of tartar, baking soda, and salt.  With mixer on low, slowly add the dry ingredients to the wet until fully incorporated.

Mix the 2 tablespoons of sugar and 2 teaspoons cinnamon in a small bowl.

Roll the dough into 1-1 ½” balls and then roll to coat in the cinnamon mixture.  Place 3” apart on cookie sheets and bake for 8-10 minutes until puffed and golden.  Do not overcook.

Cool on wire racks for 15 minutes.