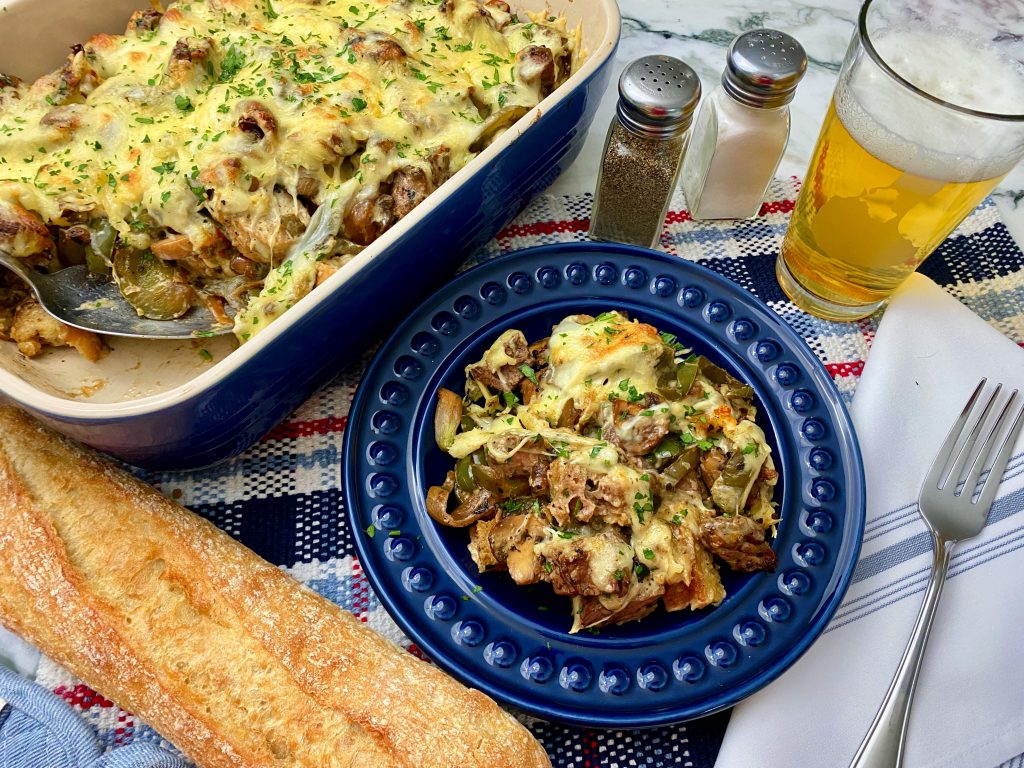 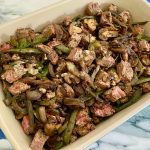 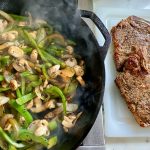 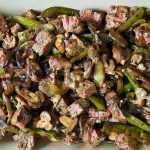 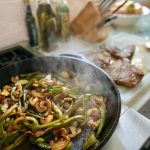 Season the steaks on both sides with the Montreal steak seasoning and massage into the meat.  Heat the olive oil in a large cast iron skillet over medium high heat.  Add the seasoned steaks to the smoking hot pan and cook until rare to medium rare (about 120 – 125 degrees), 8-10 minutes per side depending on thickness. Note the steak will cook again in the casserole so you do not want to overcook initially.  Set aside and let rest for at least 15 minutes.  Cut into 1 – 1 ½” chunks.

While the onions and peppers are cooking, place the bread cubes on a baking sheet and toast in the oven for 8-10 minutes at 350 degrees until lightly toasted.

Spray a 9” x 13” pan with non-stick spray and spread the bread cubes evenly in the bottom.  Top evenly with the steak and pepper mixture including the juices in the pan.

Evenly spread the Swiss over the top, followed by the provolone.

Combine the cream, mustard, Worcestershire, and remaining ¼ cup beef stock in a large jar and shake to combine (or combine in small bowl and whisk).  Pour evenly over the casserole just before putting in the oven.

Bake for 30-40 minutes until bubbly and browned.  Put on your stretchy sweatpants and DEVOUR!!!