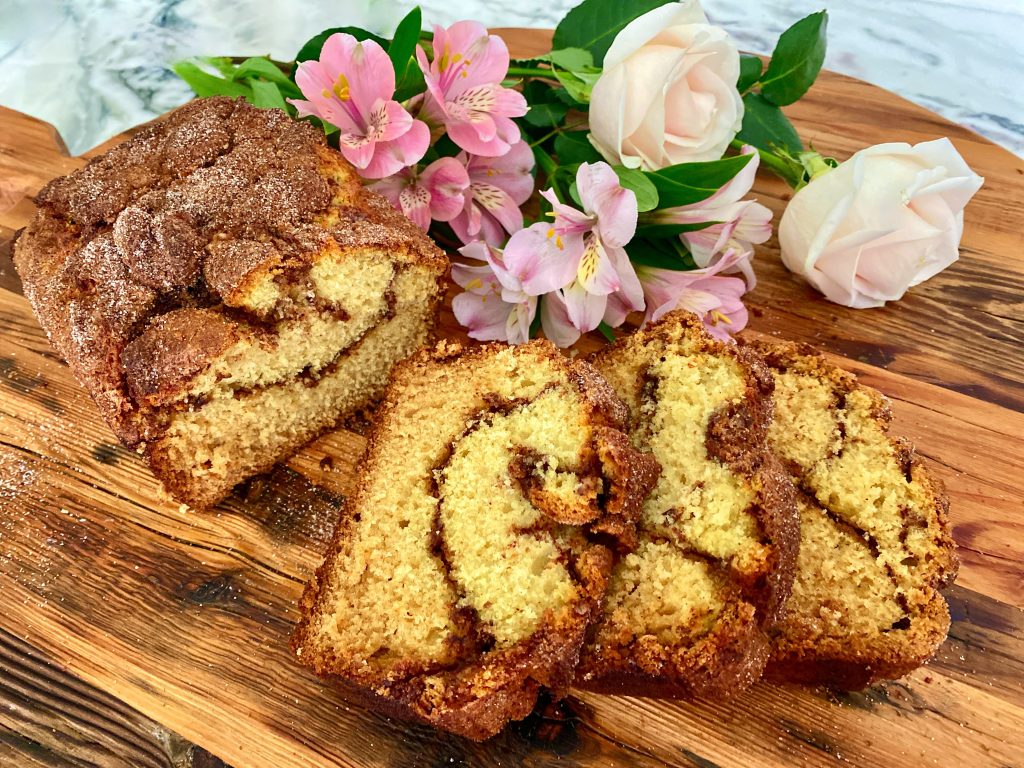 Preheat the oven to 350 degrees.

Combine the butter and 1 cup of the sugar in the bowl of a stand mixer.  Cream with the paddle attachment until well blended.  Add the egg and vanilla to the bowl and mix to combine.

Combine the flour, baking soda, and salt in small bowl and whisk to combine.

Add half the flour mixture and half the buttermilk to the stand mixer.  Mix, scraping down the sides, and then add the remaining flour and buttermilk.  Mix until a smooth batter has formed.

Combine the remaining 2 tablespoons of sugar, the brown sugar, and the cinnamon in another small bowl. Whisk together.

Bake for 50-55 minutes until a knife inserted in the center comes out clean.  Let cook for 20-30 minutes before removing from the pan and slicing… if you can wait!